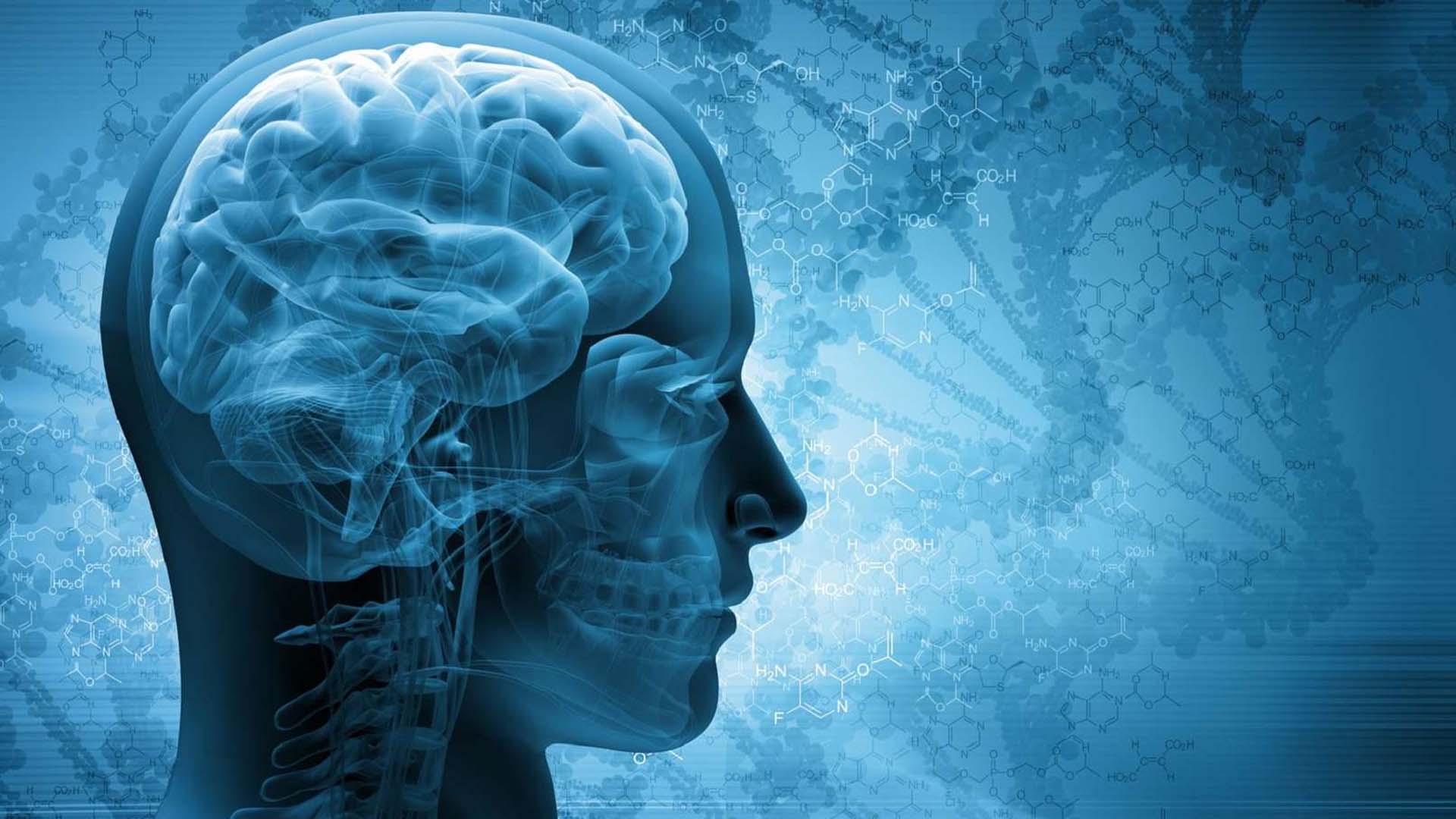 Our brains require optimum levels of quality fuel for short term energy, a myriad of functional needs as well as long-term brain cell maintenance and preventative aging. Even the “carrying away of waste” via the brain’s “glymphatic system” is becoming an area of neuroscience study.

Therefore another issue that “hits home” with family, locally and at a national level is one that Life Factor Research views as a major focus – aging related to cognitive stability and mental decline. According to the National Institutes of Health and other neuroscience organizations – Cognitive problems, on the broad spectrum from mild occasional memory loss to serious memory impairment, dementias and Alzheimer’s Disease, are heartbreaking family tragedies as well as a devastatingly costly health issue for the individual familiy and the nation as a whole. 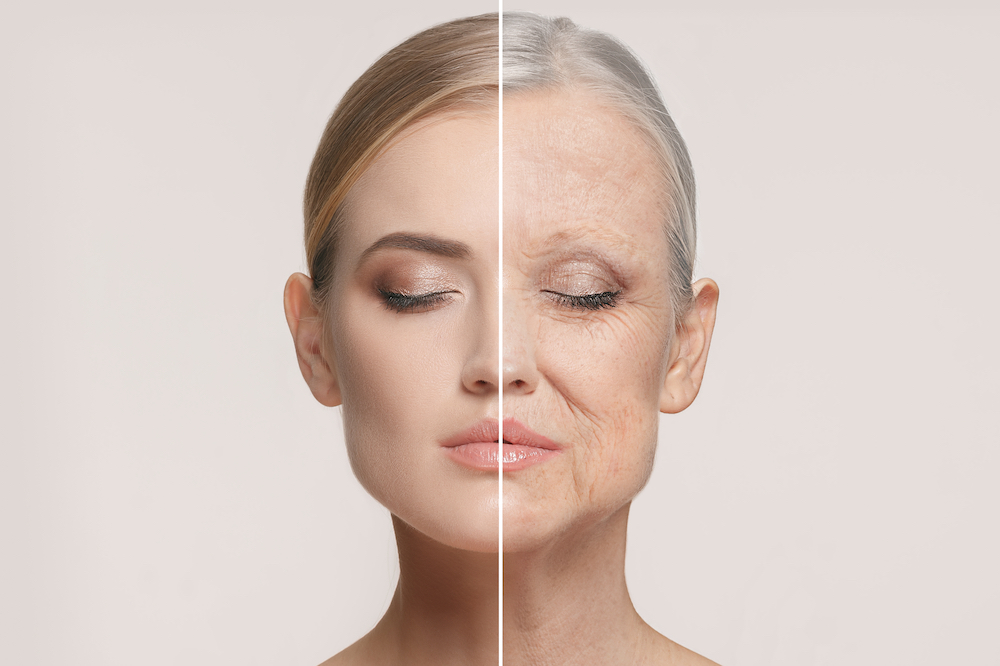 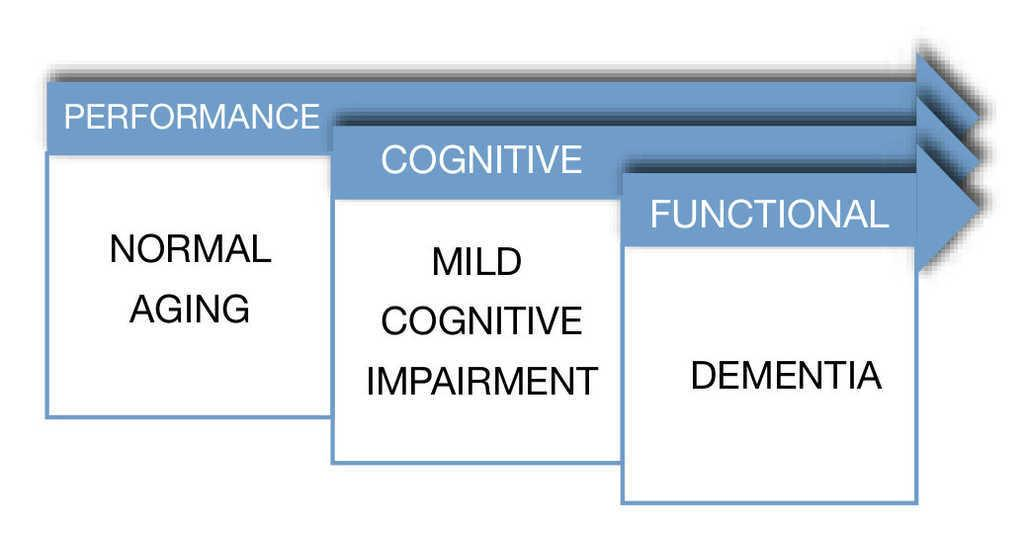 This oral delivery nutrition approach combined with our hormonal secretagogue technologies, delivered by oral, transdermal and vomeronasal formulations, acts in concert as a strong Systematic Formulation strategy to address all levels of cognitive function within the various pathways of different organ systems.

Magnesium-L-threonate has been shown to aid in the restoration of brain plasticity which enhances our ability to learn new concepts, make sharp judgements, and develop new skills. Loss of brain plasticity is implicated in both the “natural” loss of brain function with aging and with accelerated cognitive decline as seen in Alzheimer’s Disease (AD) and other neurodegenerative diseases. Subjects who supplemented with magnesium-L-threonate for a 12 week period showed a 20% increase in reasoning, problem-solving, and planning. There was also a 13.1% improvement in working memory and a 37% improvement in episodic memory. These results are akin to a reversal in brain age of 10 years in adults. Magnesium has also been shown to support healthy testosterone levels. 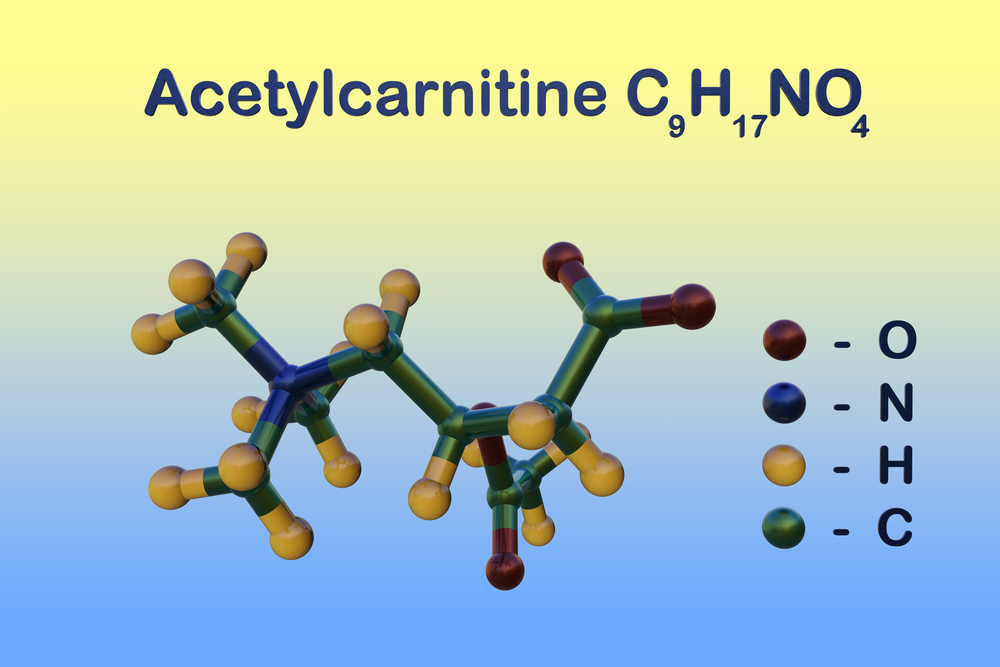 ALC is naturally synthesized in the human brain, liver and kidney and plays an essential role in energy production by facilitation the uptake of acetyl CoA into the mitochondria during fatty acid oxidation and increases ATP energy production. ALC also enhances acetylcholine synthesis and enhances cerebral vascular blood flow, which are implicate in age related dementias such as Alzheimer’s Disease. Additionally, ALC has been found to up-regulate levels the endogenous antioxidant glutathione and protect mitochondria from oxidative damage. In a meta-analysis of the effects of ALC in the treatment of MCI and mild Alzheimer’s Disease, Montgomery et al., concluded that using an ALC supplementation from 3 months onwards ALC had a clear benefit over placebo in slowing the rate of cognitive decline. 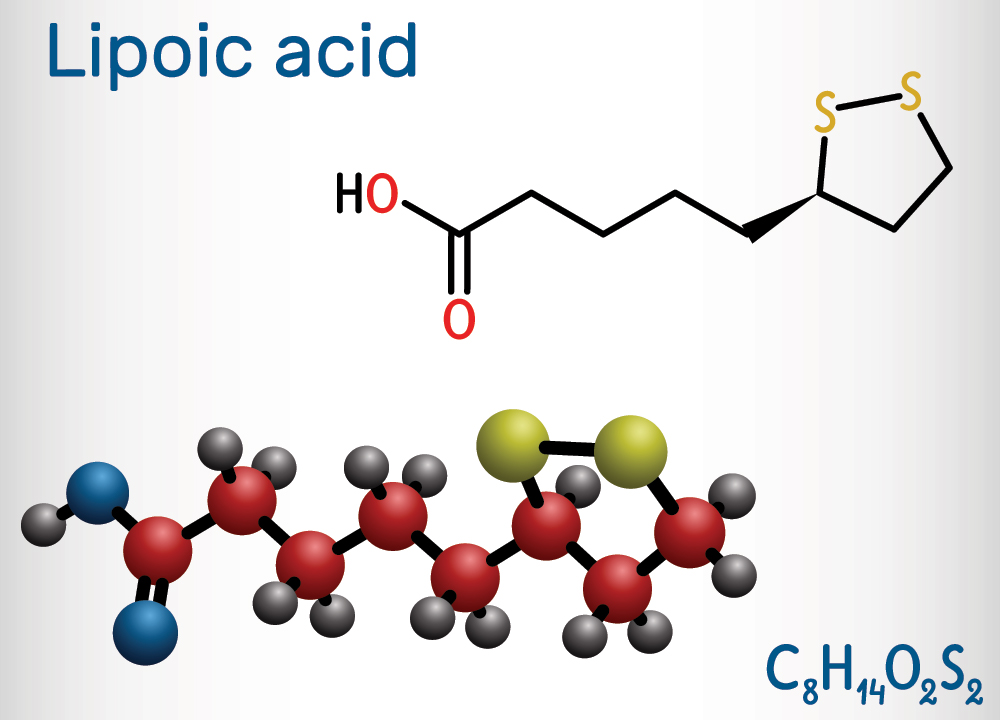 ALA is a naturally-occurring coenzyme for a group of enzymes (i.e. biological catalysts) responsible for the conversion of fats, carbohydrates and proteins in to biological energy (i.e. adenosine triphosphate or ATP) and is also an important antioxidant. There is evidence to suggest multiple mechanisms of action for ALA including increased Ach production by activation of choline acetyltransferase, increase glucose uptake, chelation of redox-active transition metals, scavenging of ROS reducing infallatory cytokine levels, scavenging of lipid peroxidation products and induction of enzymes required for glutathione synthesis. ALA has been clinically shown to enhance memory function in combination with ALC to reverse age-associated memory decline. ALA supplementation has been found to significantly slow down cognitive decline in patients with probable or mild Alzheimer’s Disease. 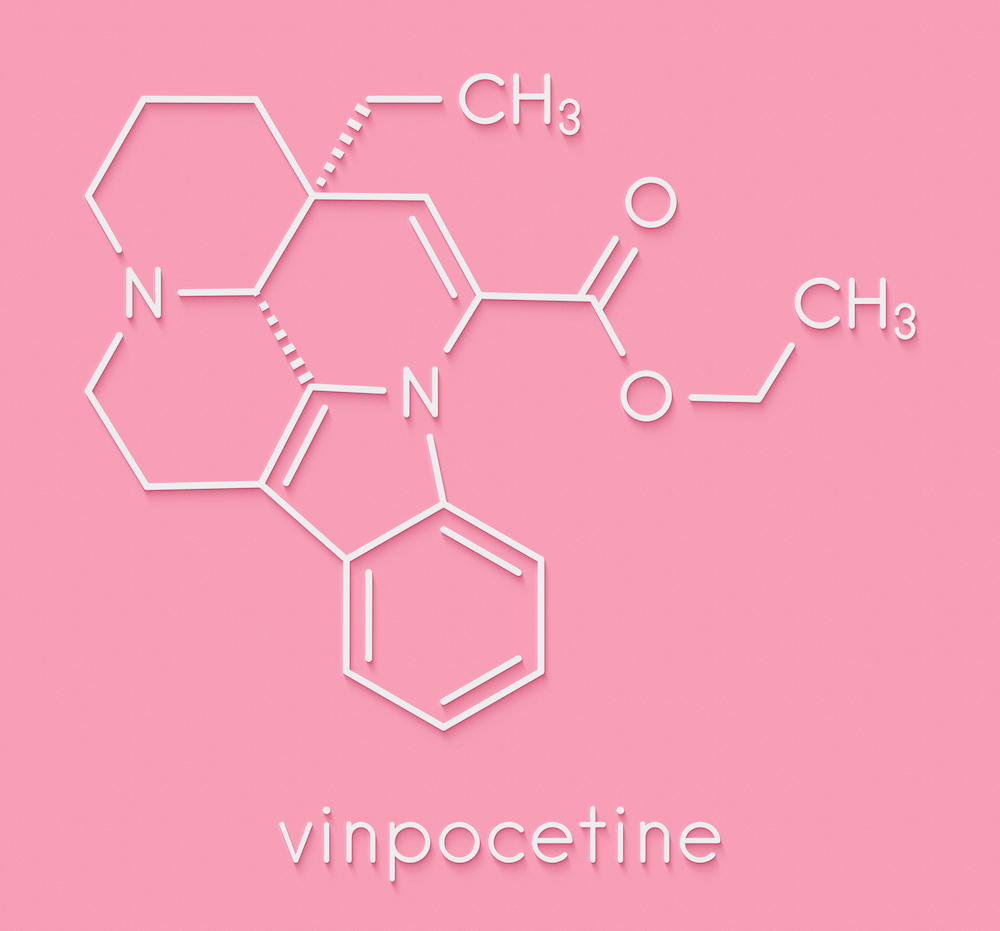 VIN has been highly researched as a neuroprotective agent. Due to inhibition of cyclic nucleotide phosphodiesterases type 1, VIN causes vasodilation of cerebral smooth muscle and increases blood flow to the brain. In addition to enhancing cerebral vascular blood flow, VIN has also been found to increase brain energy metabolism and increase the neuronal uptake of glucose and oxygen. Additionally, VIN has also been found to reduce biomarkers of oxidative stress, restore glutathione levels, and augment cholinergic function. It is due to these beneficial actions that VIN has been used in the prevention and treatment of diseases associated with compromised cognitive function. There is also evidence to suggest that VIN supplementation may be useful in augmenting memory in normal healthy adults. 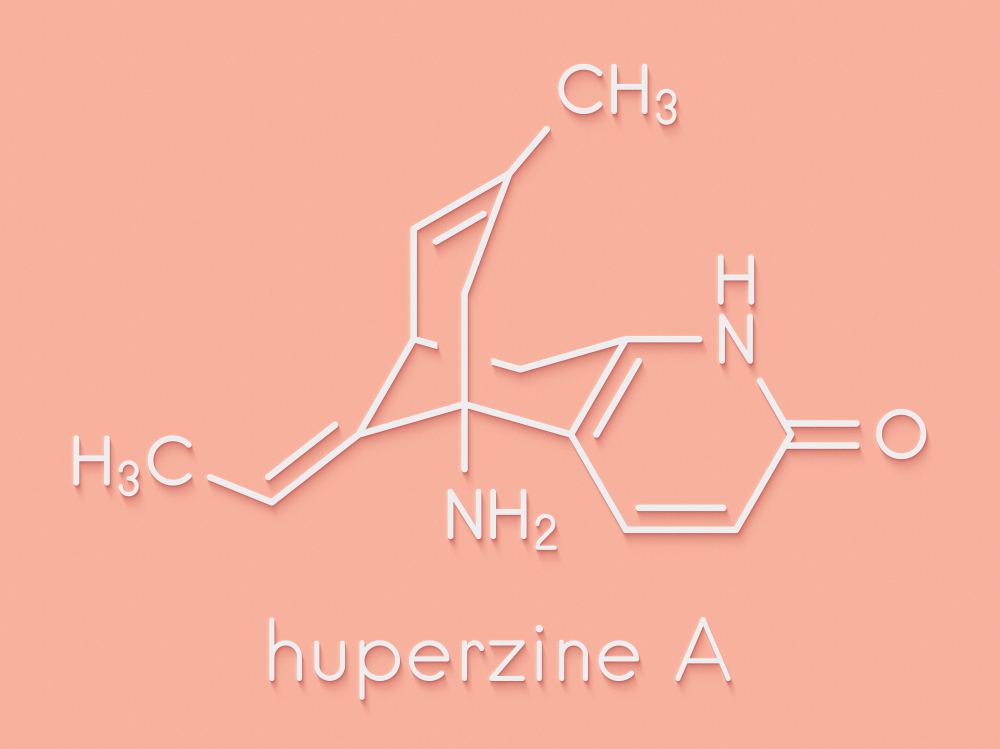 Studies have revealed that Huperzine A (HupA) functions as a potent reversible inhibitor of Acetylcholinesterase. There is evidence to suggest that HupA has better penetration of the blood-brain barrier, higher oral bioavailability, and longer duration of AChE inhibitory activity compared with the pharmaceutical ChEIs tacrine, donepezil and rivastigmine. HupA has also been found to reverse or attenuate cognitive deficits in a broad range of animal models.; and numerous clinical trials have demonstrated that HupA is effective in relieving memory deficits associated with the elderly and Alzheimer’s disease without any serious adverse side effects and is considered to be safe. A recent Cochrane’s review of HupA in the treatment of Alzheimer’s Disease concluded that a supplementation resulted in significant improvement to global cognitive function at 6-12 weeks. 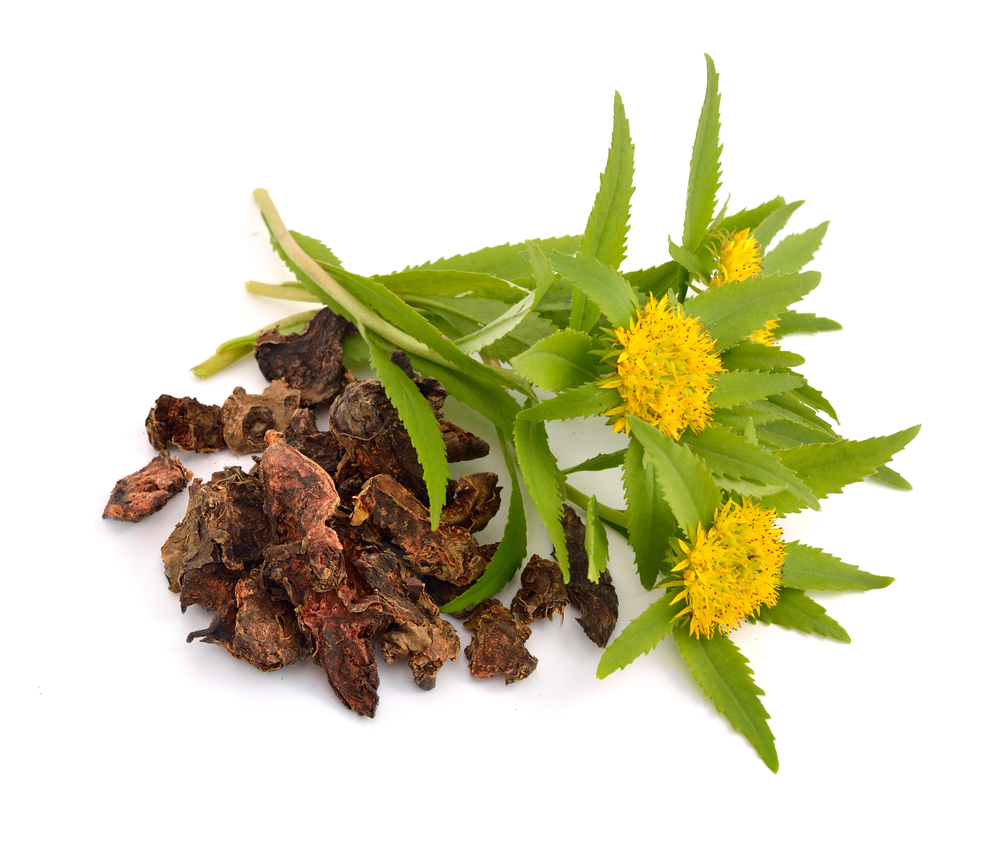 RR is a popular plant in traditional medicinal systems in Eastern Europe and Asia and has been used for enhancing central nervous system activity, decreasing depression, enhancing work performance, eliminating fatigue, and preventing high altitude sickness. RR has the ability to influence levels and activity of monomines and opioid peptides, such as beta-endorphins and facilitates the transport of neurotransmitters within the brain. There is also evidence to suggest that RR acts as a free radical scavenger, and contains multiple components that act as ChEIs, most notably the flavonoid glycosides. RR has been categorized as an adaptogen due to its observed ability to increase resistance to a variety of chemical, biological and physical stressors. It has also been considered to have cardio-protective properties and enhances central nervous system activity. Following 20 days of administration, RR was found to significantly improve physical fitness, psychomotor function, mental performance and general well-being in students. Additionally, statistically significant reductions in mental fatigue, improved sleep patterns; a reduced need for sleep, greater mood stability and a greater motivation to study has been attributed to this herb. In a double blind study by Darbinyan et al, RR was found to bring about improvements after 2 weeks in short term memory, attention and visual and auditory perception speeds in young physicians. After 12 weeks improved cognitive performance was observed in a majority of participants. Rhodiola rosea is referred to as an adaptogen – a substance that helps the body to adapt, adjust and recalibrate itself depending on our emotional and physical surroundings. Rhodiola rosea can help to reduce stress, anxiety and physical fatigue which has a libido enhancing effect. 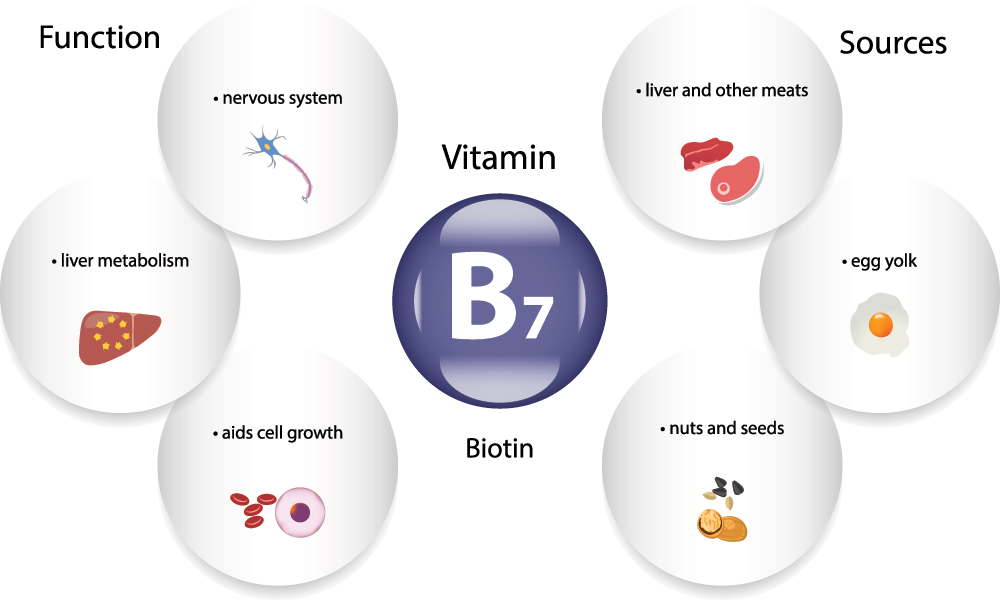 Bitotin is a member of the B-vitamin family and is involved in the biosynthesis of fatty acids, gluconeogenesis, energy production, and the metabolism of the branch-chain amino acids (L-leucine, L-isoleucine, L-valine). Bitotin improves glucose tolerance and decreases insulin resistance.